“I was very shocked because I didn’t know how much love the Liverpool supporters had for me.”

Momo Sissoko is speaking about the moment he was reduced to tears live on air for French television by messages of adulation from fans outside Anfield.

Working as a pundit on Liverpool’s 3-1 win over Arsenal last month, Sissoko was surprised with clips of Reds being asked their opinion on the former Mali international.

The energetic midfielder put his body on the line – quite literally – for the club during a two-and-a-half-season stint between 2005 and 2008.

And for that to be recognised by those in the stands rendered him speechless.

“I was so happy, so proud,” Sissoko tells Liverpoolfc.com. “When you play football, when you play for a global club like Liverpool, you just want to play very good and leave something.

“With those images, I left something very good in Liverpool and I’m very proud of this.

“When I talk with my children or my friends and I explain this, they are shocked. It’s something you need to live to understand.”

Having worked under Rafael Benitez at Valencia, Sissoko joined the Reds from the La Liga side in July 2005 and made 87 appearances in total, picking up a 2006 FA Cup winner’s medal along the way.

Alongside Steven Gerrard, Xabi Alonso and Javier Mascherano in the heart of the action, he was part of ‘the best midfield in the world’.

The catchy chant coined by Kopites to boast about the quartet still receives frequent airings in the Sissoko household.

“My children talk in English, so sometimes they are singing to me to remember my time in Liverpool.

But Sissoko’s emerging career was very nearly put to a stop when he was 21 years of age.

It was during the Champions League tie away to Benfica in 2006 when he suffered a kick to the face that left him fearful of being blind in his right eye. 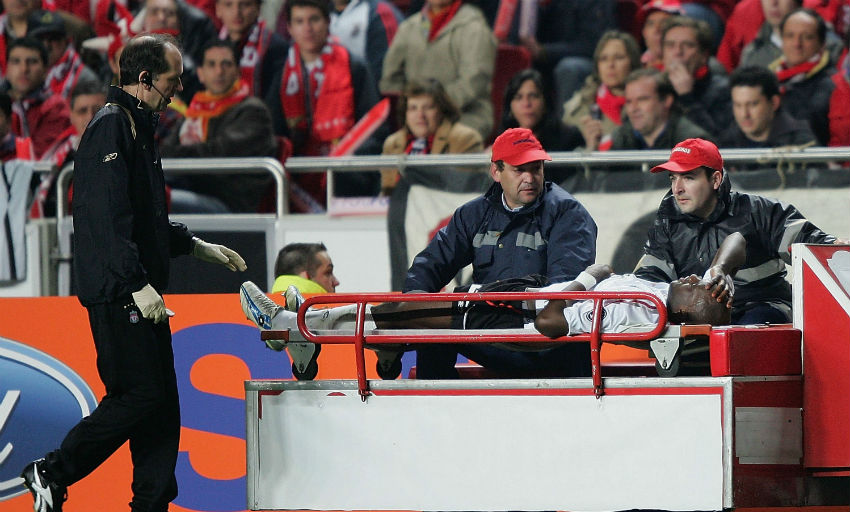 The injury was so severe that he was unable to see a torch shone in his eye from two centimetres away a day afterwards. He still feels the effects of it now.

“Am I fully recovered? No, because I still have some damage from this injury. It was a big, big injury,” Sissoko reveals.

“But thank God, after this kick the doctor in Portugal said to me, ‘Football is finished for you’. But I fought and I was back in football.

“From that injury until now, I have been playing, so thank God everything is OK.”

He would leave Liverpool for Juventus in January 2008 and has represented 13 clubs in total throughout his career, including spells at Paris Saint-Germain, Fiorentina and Levante. He also spent time in India, China, Indonesia and Mexico.

Whether he adds to that list remains to be seen. Sissoko departed French Ligue 2 side FC Sochaux-Montbeliard in the summer and is now pondering what the next stage of his career is.

Should he decide to hang up his boots, then a return to Merseyside to watch the champions of Europe will very much be on the cards.

“Now I’m thinking, it’s a big decision for me. But if I end my career, I’m very proud at what I have done in football,” he concludes.

“For sure [I’d stay in football], football is my life. I’ve played football since I was young and I want to give back to the young generation.

“I didn’t come back [to Liverpool] because I’m travelling a lot, changing countries. But now maybe – I said maybe! – I’m going to stop my career, so I [could] have time for travelling and can be back in Liverpool to watch some games.”